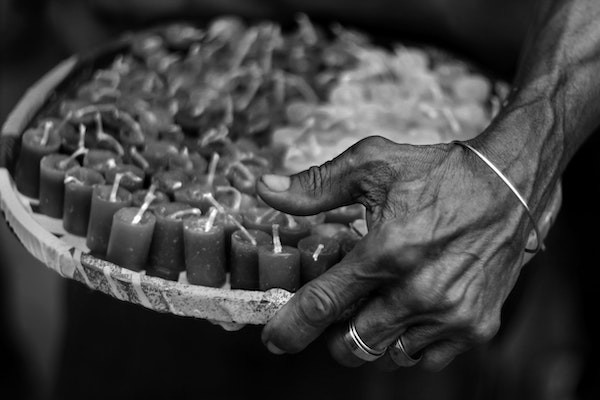 Flip a switch and turn on a light! 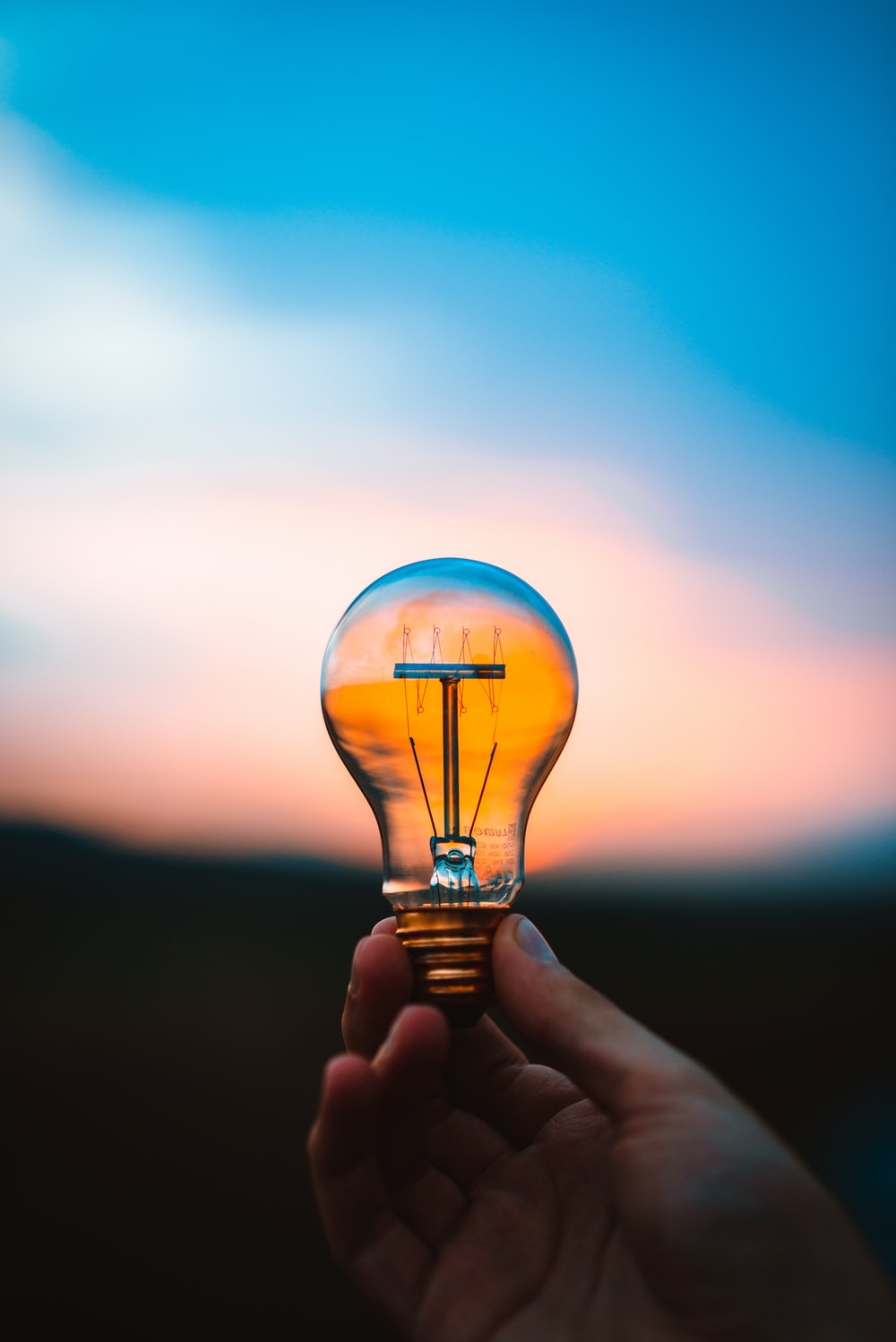 If there is one thing about modern life we take for granted, it’s indoor electric lighting.

Imagine a home in the Middle Ages – It’s night and the family gathers about the table with one or two candles lighting the interior of the room. The humble candle occupies a distinguished position in human history. Its one of humankind’s earliest inventions - and in addition to basic lighting candles have been used for religious, spiritual and celebratory ceremonies the world over.

Candles owe their existence to the ingenuity of many civilisations.

It was thought that the ancient Romans were the first to make candles. They began producing true dipped candles in the year 500 BC. These early candles were made using tallow wax, which was derived from the meat of cows and sheep and an unwound strand of twine.  However, their main source of light came from oil lamps, with olive oil being cheaper and more prevalent across the Empire. Interestingly,  in the 1990s, archaeologists unearthed candle remnants in the tomb of Qin Shi Huang, the first emperor of the Qin Dynasty in ancient China, which dated back to 221 BC, [so maybe they were actually the first civilisation to make candles]. The candle remnants found contained whale fat, whilst other candles from the same period appear to have been made from beeswax.  Meanwhile, across the continent, candles in ancient India were made using a combination of boiled cinnamon and yak butter, creating the world’s first pleasantly scented candle.

As resourceful humans, in the 1800s candle waxes began to change. Stearin, a waxy solid found in animal and vegetable fats and oils, was added to wax to increase the candles firmness and to give them a longer burn time [and a more pleasant odour]. By the mid-1800’s paraffin wax, a by-product of the petroleum refining industry was being used for candle making and it quickly gained popularity with candle manufacturers [increasing from 12% to 90% usage in just 30 years]. In the 1900s two plant waxes, soy and palm wax were developed for use in commercial candles [by hydrogenating soybean and palm oils]. And during the latter half of the 20th century, several synthetic and chemically synthesises waxes, including gels, were developed, largely for speciality candle uses.

The science behind a candle is pretty simple

The candle uses wax as its fuel to produce light. Once the wick ignites, heat from the flame draws up the wax by capillary action. Less simple is how our brain processes the sight and smell of a candle.

When we light a candle, the low light captured by our sight is sent to our brain for processing, and we begin to subconsciously relax. Scientists explain when we enter into a relaxed state, we feel better, sleep better, experience less pain, have more energy and become more pleasant (which let's face it, makes us a to be around).

We all have trigger scents; scents that make us feel good [and for some people scents that remind them of unpleasant or unhappy times]. By choosing a scent we like, or a scent known for its calming properties, we can further enhance our experience.

Today there are four main types of wax from which candles are made. In order of volume of product, they are paraffin wax, soy wax, palm wax and bees wax. 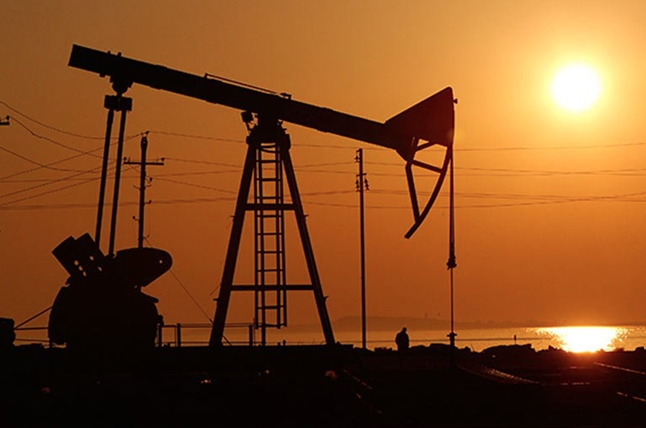 The vast majority of candles sold are made from paraffin because it is the cheapest wax available. Paraffin costs around one-fiftieth of the price of 100% pure Australian beeswax when bought in bulk. Unless a candle is otherwise labelled, it will usually be made from paraffin.  That said even candles labelled as soy, palm or beeswax, may contain up to 90% paraffin as there are no laws requiring manufacturers to state the ingredients or percentages used in their candles.

Paraffin waxes are petroleum based and are created using crude oil, which is extracted from the earth. On a molecular level, crude oil is a mixture of hydrocarbons that were created from the decomposition of plants and animals that lived underwater many years ago. Once extracted, crude oil is sent to refineries where it is turned into products like lubricating oil. It is from the lube oil refining process that paraffin waxes are created. 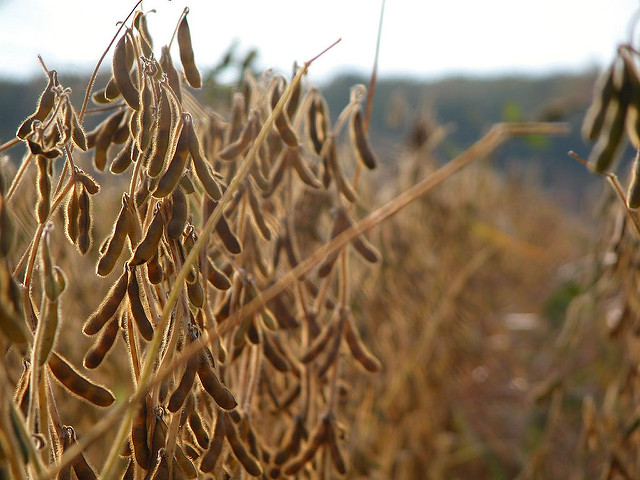 Manufacturers of plant waxes, such as soy and palm wax will tell you they are “natural” waxes, but if I am going to be pedantic [and I am] paraffin is also a “natural” wax in that petroleum is naturally forming.

After harvesting soybeans, they are cleaned, cracked, de-hulled and rolled into flakes. The oil is extracted from the flakes through hydrogenation. The hydrogenation process converts some of the fatty acids in the oil from unsaturated to saturated, which then solidifies, creating wax. 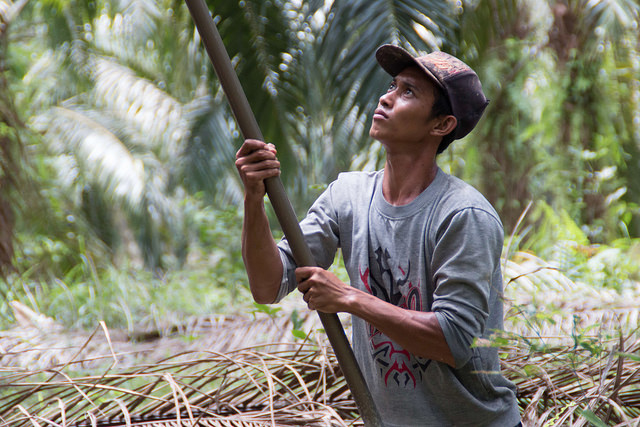 Similar to soy wax, palm trees produce fruit in bunches, which are harvested and sent to palm oil mills, where the oils are extracted, sterilized, clarified and purified into crude palm oil. The crude oil is then sent to palm oil refineries where it is processed further into products [such as cooking oil, shortening, cocoa butter substitutes, soaps, and of course everybody’s favourite – Palm Wax.

The significant issue I have with palm wax [and to a lesser degree, soy wax] is that they are cash crops primarily grown in third world countries where the lack of corporate governance and incidence of corruption is rife, leading to the clear felling of millions of hectares of virgin rainforest annually.

It is possible these days to buy sustainable plant waxes, which are purchased from plantations owners certified for using sustainable agricultural practices, but it is more expensive. Having said that, if you have an environmental conscience as I do, I always paid the extra. 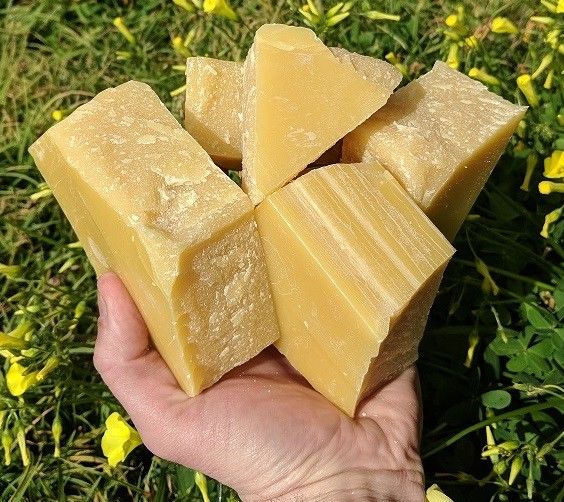 Beeswax is made by bees to store honey. It is completely natural - it is used in the form it is harvested. It is not chemically treated and processed to create a wax.

The main reason why there aren’t many manufacturers making pure Australian beeswax candles is that it is spectacularly unprofitable! While the wax costs 20–50 times the price of paraffin and soy or palm, customers, who are still largely uneducated about candles, aren’t prepared to pay for that.

While the internet is full of information much of it [sadly] is misleading. Many individuals tend to take what they read at face value, and they rarely check the sources or even look to see if the information is truthful. For this reason, I tend to ignore much of what I read and focus my efforts on reading scientific data, which I know is factual, accurate and unbiased.

The Internet is full of warnings about “toxic candles,” so what is really going on?

It seems to have started back in 1974 when the USA Consumer Safety Protection Commission looked into the safety of using lead candlewicks. Even small amounts of burned lead candlewick caused lead poisoning, and small children were particularly vulnerable [as they are developing mentally and physically]. Thankfully, because of the dangers, lead candle wicks were banned in Australia in 2002.

So we’re safe on candle wicks - what about the candle wax?

Most concerns centred on the use of paraffin wax, a commonly used candle wax derived from petroleum.  Here are some sites that you might like to read:

No comments made yet. Be the first to submit a comment